On a flight to the Windy City this morning aboard a major American airline.  Free magazines being long, long gone from the planes and with me not bring any reading material I am forced to check out the in flight shopping mag.

This year is their 25th year of publication which surprises the goodness out of me since I don’t know anyone, anywhere who has ever bought anything from it.  Do you?

I’m not a customer.  But somewhere in the middle, towards the latter two thirds of the magazine I stumbled upon an item so revolutionary that when I say it’s name you will think I am making it up.  Liar, Liar you will say !

But no friends.. This is something so, so, words fail me, something so stupid that you’ll wonder why YOU haven’t ever thought of it and why someone else did.

And why that someone else just bought a house on Easy Street and is living the Life of Riley in Luxury’s Lap and will never have to work a day in his or her life again.

Glow in the Dark Toilet Seat!

Yeah, that was my reaction too.  I guess that when your power goes out you can still…

Spent time last night perusing the You Tubes for new /old music or old/new music and  happened on this one.  I do this a lot.

I’ve always liked this tune from the first time I heard back during the mid 1960’s and I think that somewhere in my back pages I wrote a post that features it.  I’ll look for that later.

But sitting here at the kitchen table on a snowy and cold Tuesday morning in January and watching birds flutter around the feeder I decided that I needed an instant summertime trip and so here it is.

This might not be your idea of July but it suits me just fine even with six months to go.

Happened to be in a spot this morning where I was able to look out over a sea of parked cars.  Hundreds of cars all sitting in neat lines in the morning sun.

The scene was dominated by cars painted in various shades of grey, black, silver, dark grey, dark silver and muted shades of red and blue.  Not a bright yellow car to be seen anywhere.  Is someone getting a deal on grey and black paint?

All the colors were dark, understated and frankly depressing. Not at all like the first and last new car owned by my parents. 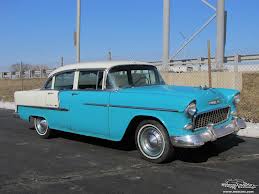 Those were the days my friend, we thought they’d never end.

We tend to think that SNL or Letterman invented hip TV.  I guess we know who they were watching way back when.

This song perfectly puts into words how I’m approaching the new year.

It’s my own personal tradition to make sure that no matter where I am, what I am doing or what the weather is (within reason now) that I haul my sleepy person out of the warm house and out onto the January streets on the first day of the new year.

I took a brisk but relaxed two mile jog through the neighborhood in the warm winter sun.

Watched ” It’s A Wonderful Life” last week as probably many of you did too.

In the scene that takes place in the bridge house George and Clarence are drying out their clothes after George has rescued Clarence.

The subject of money comes up and Clarence says something like ” Oh, in heaven we don’t use money.”

And without taking a minute to think about it George says,” Yeah, well, it comes in pretty handy down here Bub.”